Turkish record was broken at the 2017 MOST Bodrum! Turgut Konukoğlu shattered the record with a 116 kg catch. 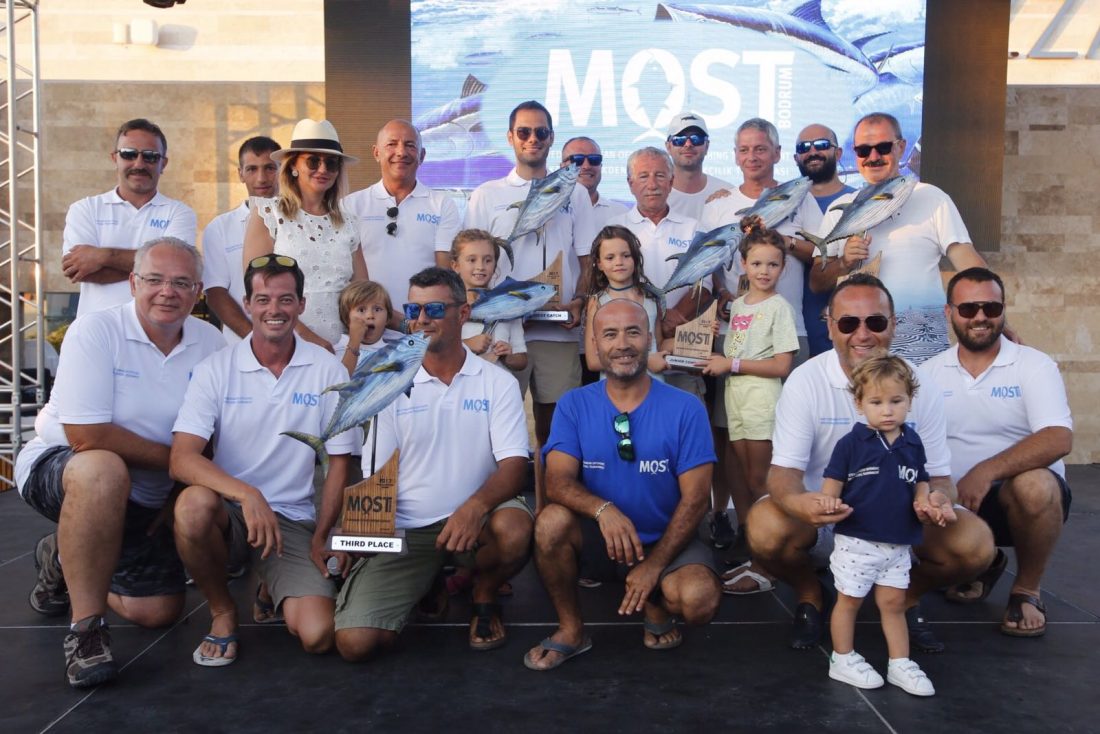 Turgut Konukoğlu, member of the board at Sanko Holding, won the tournament with an impressive catch of 116kg tuna at the competition commentated by Alp Kırşan. Adil Konukoğlu, vice president of Sanko Holding came second place with 67kg tuna and Alp Kırşan third.

IGFA representative Dr. Serdar Günseren was the chief referee and the event hosted by prominent lawyer, Can Özer.

Can Okan and his team aboard Omnia won the first prize in the boat category.

On the second day of the tournament, Turgut Konukoğlu and his team on board the Bluefin, caught a 116kg tuna and shattered the Turkish Tournament record by capturing the biggest fish that was ever caught until date.

The teams enjoyed a well-deserved celebration with music by Samsha Band at Palmarina.

Well-known names as well as the competitors joined the award ceremony organized by MOST. Hacı Sabancı, Melda Kosif, Süleyman Kosif, Cansen Kut, Beste-Mustafa Yurttaşan and Mina Başaran were amongst the distinguished faces attending the event.

Hacı Sabancı, personally congratulated the victorious team and Turgut Konukoğlu at their boat Bluefin. Melda and Hale Kosif accompanied their spouses Sinan Kosif and Cihan Kosif during the event.

Sportfishing is a popular and exciting sport worldwide and MOST Bodrum, is the biggest and most outstanding organiser of the tournament in Turkey. Sponsors included exceptional brands such as Palmarin®, Bell&Ross, Arvento, Pernigotti, Zumosol and Joy Fm.